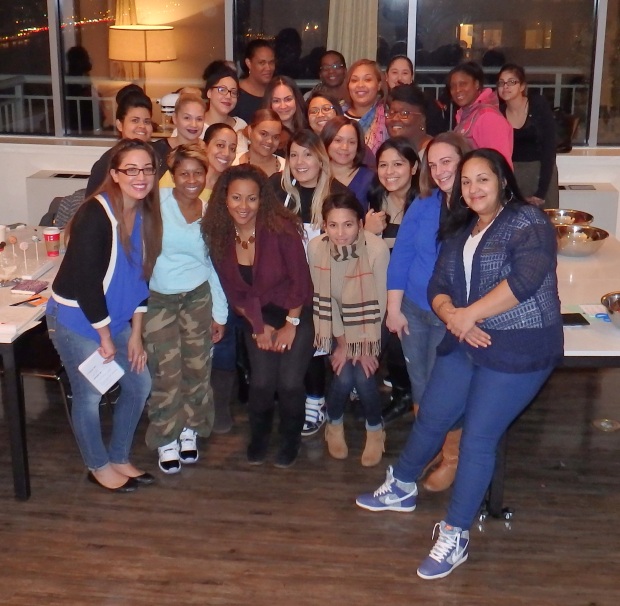 I be, I be, I be, I be on my MAC’n ish…. <— Yup that’s how I’m feeling fresh out of my #IdolcidoesNYC French Macaron Class, and yes to the beat of Childish Gambino’s “I Be On That”! So let me first give you a bit of background info about my quest to start MAC’n. I have been (via IG) absolutely stakling the hell out of Andi’s (@idolci’s) macaron making for months on end. Literally for 3/4 of 2014 I have been wanting to try to make macs and Google searching like a mad woman, hoping to find a recipe that made sense. Yeah well all of that went straight shit when I stumbled upon this picture…

At that moment I knew that I was gonna have to find a way to get schooled by this MAC making genius!! It was then that a stalker was born… cue the Single White Female soundtrack!! Hi my name is Kiyonna and I stalked my way into a coveted spot in the “iDolcidoesNYC Double Decker French Macaron Class.”

Coming off of the high of CPC I didn’t really think that anything would come along and get me as fired up and giddy for quite some time, boy was I wrong. I had an absolute BLAST last night and the only thing that would be better would have/could have been offered at CPC. Although that would have probably sent me of the edge…Fred Sanford Style. Since I am a TRUE believer of you get back, what you give out, I knew getting into this class would be the pure generosity of the universe! Considering that prior to going to CPC all of her NYC classes were completely sold out I didn’t even give it a second thought, but I know better than to count anything that I set my mind/heart on out! END_OF_DOCUMENT_TOKEN_TO_BE_REPLACED